If you’re interested in mobile app development, you’ve likely wondered what are cloud mobile apps? Mobile cloud apps are one of the latest innovations in app development, and they offer businesses and developers a lot of advantages over traditional native apps. Cloud-based apps have been gaining popularity lately, and it is no wonder why.

Cloud apps rely on the power of mobile cloud computing to deliver applications to a wide variety of mobile devices over the Internet. Traditional mobile apps need to be downloaded and installed on a specific device. Cloud mobile apps can be accessed from almost any mobile device or computer as long as they can connect to the Internet.

The driving philosophy behind mobile cloud apps is increasing productivity by enabling more accessibility to the app. As long as a user has an Internet connection and a mobile device, they can access the app at any time.

You might be thinking that cloud-based apps sound a lot like web apps, and you wouldn’t be wrong. These two development concepts are very closely related. They are similar in the ways that they store data and are accessed by users but differ in scalability and security. Cloud mobile apps are more secure and scale faster than web apps.

The Types of Cloud-Based Apps

When it comes to cloud mobile app development, these apps can be broken down into three distinct categories:

These classifications are made primarily based on the architecture of the mobile app.

Software as a Service (SaaS)

SaaS mobile cloud apps are by far the most common and most developed cloud-based services. The grand majority of cloud apps are built following SaaS architecture and run on remote third-party hardware.

These apps are often very attractive to users because they don’t have to purchase software licenses or concern themselves with local storage. Instead, users can easily access the app and the associated data or files on the Internet. You have likely used SaaS mobile cloud apps before. Popular examples of these apps are:

Platform as a Service (PaaS)

A PaaS cloud-based app requires only the application code from the user’s side. This type of mobile cloud app removes the requirement to oversee hardware and operating tasks such as equipment procurement and software maintenance.

This allows developers to solely focus on development and support services. In this model, the PaaS provider handles the hardware and software updates and maintenance. Popular PaaS solutions include:

Infrastructure as a Service (IaaS)

With an IaaS cloud-based app model, infrastructure and support are provided by a third party in the cloud. The mobile app developer provides the app, the in-app support, and the middleware. Middleware is the software that runs between the app and the operating system on the mobile device being used.

Middleware provides extended features to the native operating system functions on the mobile device being used, and it simplifies the programming on the development side. Common examples of IaaS apps include:

The Benefits of Cloud App Development

Mobile cloud apps are growing in popularity because of the many benefits associated with this type of app development. The benefits of these HiTech innovations include:

There are two major players in the mobile app marketplace, iOS, and Android. If you want to create a native app for each platform, you have to create two separate apps. You might not have the resources or the time to develop two mobile apps. How do you choose which platform is the most ideal for your app?

Currently, Android controls the majority of global mobile device users. However, Apple tends to be more popular with users in America and Japan, which are two of the higher spending populations when it comes to mobile apps. We know that choosing which platform to spend your development resources on can be a very hard choice. One that requires you to really know your target market.

Cloud-based mobile apps take that tough decision out of your hands. Since cloud mobile apps operate on both platforms, you can launch your mobile app on both app stores simultaneously. This allows you to access a wider audience and generate more revenue from your app.

The time it takes to develop a native app varies depending on your project, but it is safe to say that it is not an overnight task. App development is a process that will likely take months, perhaps up to a year or more.

Now imagine you need to create native apps for both iOS and Android. How long will that development project take until you are up and running on both stores? One of the benefits of cloud mobile apps is that they take less time to develop than native apps. Plus, we already know that they are platform-independent, so you can be in both stores in less time.

Bringing your mobile app to market as quickly as possible is not only important for generating revenue, but it is also important for establishing your brand and market share. If you move faster than the competition, you will be in a solid position when they finally enter the market. Entering the market behind your competitors could make competing and establishing your brand more of a challenge.

Native mobile app development can get costly fast. Since cloud apps take less time to develop and can be published on both app stores, cloud apps can save money on development costs. You also need to consider the cost of app maintenance. If you have two apps, one on each store, your maintenance costs will be doubled.

If you don’t have a large budget to develop two native apps, a cloud-based app might be the most attractive option for your business. It will definitely cost less to develop and have a further reach.

Perhaps you want to avoid the App Store and Play Store altogether; what makes a cloud app great is that it doesn’t need to be installed on a user’s device to work. Cloud apps can work directly in a user’s mobile browser.

The app interacts directly with the cloud in order to fetch the appropriate data. These apps run smoothly in mobile browsers and provide the same User Experience that you would get in a downloaded version of the cloud app.

Since installation of the app is not required, businesses and users have the ability to forego the app stores and use the app directly online. This gives you the ability to reach more potential users and give mobile browser users a full taste of what your cloud app has to offer.

Your mobile app is not done after it launches. We’ve already touched on maintenance, but there will be other improvements and elements added to your mobile app over time as well. Hopefully, as your business grows, you scale your mobile app alongside it.

When you launch your app, you don’t have to have all of the features ready. Likely, you’ll want to add new features and elements as more users interact with your mobile app. This will help improve your User Experience and retain users.

Scaling your app and making updates, bug fixes, etc., is easier and cheaper with cloud apps. One of the main benefits for users is that they won’t have to update or install a new version of your mobile app to get new features.

Businesses with mobile apps require database integration for seamless functionality. Integrating databases with native apps can be a long, tedious, and even tricky process. We’ve already hit on the point of development time.

Integrating database information into a native app takes time, which costs more money and keeps you from going to market sooner. Database integration with cloud apps is very easy because this vast amount of information can be synced through the cloud. This is far simpler than writing complex strings of code in order to successfully integrate your databases.

Cloud security is more robust than local data storage. Data that is stored locally can be lost or have errors that make it inherently more vulnerable. It is up to you to protect the data of your users, especially if it is sensitive financial or payment information.

Cloud data storage is far safer than local storage. It protects more than just the data of your users. It also protects your brand’s reputation. Plus, cloud apps are more adept at data recovery since all data is stored in the cloud and not on the local device. 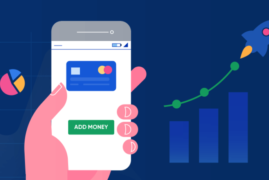 What Is the Difference Between Continuous Testing and Test Automation?