Close
Ask a Question
Home/ Blogs/ App Store Optimization/How to use Apple Watch to showcase your own products with the watchOS upgrade?

One of the highlights of WWDC21 this year was Apple’s addition of App Store apps to the Apple watch, opening up a variety of features from listening, writing, and reading. And more Apps will be available on the Apple watch. So how exactly do you add watchOS App information? What do you need to know when adding metadata? What kind of products will look better on the Apple watch? Let’s take a look at today’s tips and tricks.

Developers can use the watchOS 6 SDK to create an Apple Watch App, which can be either an iOS App with a watchOS App or an Apple Watch-only App.

To prepare a watchOS App for distribution on the App Store, simply add the iOS App to App Store Connect and enter additional information specific to the App.

Developers need to ensure that the App description includes the App’s functionality on the Apple Watch. A snapshot of the App’s screen on Apple Watch and an App Store icon are also required. The screenshots and icons will be “App Reviewed” after a new version of the App is submitted.

4. In the New App dialog box, check the check box next to iOS and enter the app information.

Scroll down to the Apple Watch section and, if necessary, tap the display triangle to display the icon and screen snapshot box.

How do I prepare watchOS metadata?

After we talk about how to add watchOS App information, we’ll go on to explain how to prepare watchOS metadata.

iPhone apps and watchOS apps share a name and a description. Developers cannot use the word “Apple Watch” in the app name, but they can use it in the description. When adding the word Apple Watch to the description, it should always be written in English and appear as two words, with the “A” and “W” capitalized, even if it appears in text in other languages.

Keywords should be no longer than 100 characters and will be shared by iPhone apps and watchOS apps. Avoid using words like watch and app in order to set as many keywords as possible within this character limit. Do not use the word Apple Watch.

Suggestion: Since the App name, description, and keywords are shared metadata between the iPhone App and watchOS App, just pay attention to where Apple Watch appears and the writing standards.

watchOS App icons should be similar in appearance to the iOS App icons to indicate to the user that they are related. Icons should be uploaded in a square version of 1024 x 1024 pixels and are usually displayed at a smaller size to ensure that the image remains sharp and clear even when reduced.

Icons will be resized for the App Store and then a circular mask will be applied. Please do not upload round icons.

Keep the icon design simple and be sure to note that elements on the outer edges will be obscured by the circular mask. Avoid using black in the icon background to avoid blending in with the black Apple Watch home screen. Also, icons should provide a borderless App screenshot and not include Apple Watch hardware images in the screenshot.

Recommendation: The design should be simple and consistent with the iOS App elements for easy user association and differentiation. Once the design is complete, it is recommended to preview it before submitting it to avoid any changes.

Two screenshots are initially displayed in the Snapshot Loop screen. It is recommended that you use the first two screenshots to highlight the most important features of the app. You can also arrange watchOS App screenshots in order to show a series of interactions.

Suggestion: Apple has announced at WWDC19 this year that Apple Watch will add App Store application and the App will be better displayed, which also gives developers an additional direction for product promotion. This will affect the user experience.

Starting in March 2019, all new watchOS apps and app updates submitted to the App Store must be built using the watchOS 5 SDK and support Apple Watch Series 4.

Developers building watchOS apps with Xcode 9 or later can add an App Store icon in Xcode. If the developer is using a lower version of Xcode, the App Store icon must be added in App Store Connect.

What products are suitable for addition to Apple Watch?

Since the App name, description, and keywords for both iPhone App and watchOS App are shared metadata, we filtered the products by searching for Apple Watch keywords (excluding the official Apple App) and counted most product categories as follows.

According to the product categories, travel, health and fitness, and financial products account for most of them.

By looking at the Apple Watch screenshots of “Toutiao”, we can see that most of the travel apps are mainly for information notification and order inquiry, which are reflected on the Apple Watch.

As for health and fitness apps, they generally focus on recording exercise itineraries and voice assistance functions.

Financial products are generally based on asset inquiries, stock quotes and other functions, which are simple auxiliary functions for users to view directly.

Of course, there are also applications that need to be updated and optimized. For example, the developers of news apps are recommended to provide users with voice announcements when dealing with the presentation or functions of the Apple Watch, which is more convenient than viewing text information through the Apple Watch.

For this year’s WWDC19, Apple’s watchOS update will bring developers more areas to display their own products, which also requires developers to understand the process of setting up and uploading watchOS apps, and to consider the features that can showcase their products through Apple Watch, which is not only limited to apps, but also games. 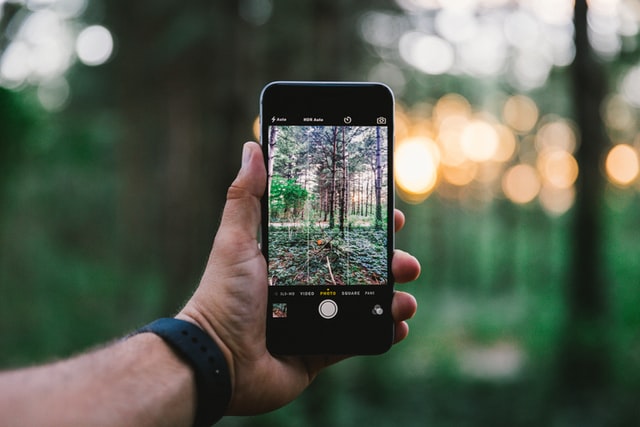