Wondering about the mobile app vs web app differences? Although it sometimes feels like these two are the same, in reality, they are two completely different things, especially when it comes to the technologies they use and the capabilities they offer.

Mobile App Vs. Web App: Choosing the Right One

People use their mobile devices to access information more than ever before. This means that if your business is not accessible on mobile, it will soon be surpassed by competitors who are taking advantage of this.

However, reaching your users on mobile channels isn’t as easy as it sounds. A strategy is required for determining the best approach to enable users to connect with your business on their mobile devices. For many companies, the best way to do this is through an app.

When it comes to creating and deploying apps, there are two different approaches — native and web apps. Before fully investing in the creation of your app, you’ll need to decide which type of app will best suit your budget, requirements, and goals. This will help you decide whether you should go for mobile development or web development.

Thus, the question is, should you invest in developing a mobile app, or should you focus your resources on building a web app that is fully mobile-responsive? It is the classic mobile app vs web app debate.

Other Types of Apps

Other alternatives exist, but they are topics for another post. These are Hybrid Mobile Apps and Progressive Web Apps.

Is a Native App the Same as a Mobile App?

The terms native app and mobile app are often used interchangeably, but in reality, they don’t mean the exact same thing. Mobile applications refer to any application that can be used on a mobile device. This can include a mobile app or a web app.

Native apps are smartphone applications that are coded with specific development tools and in a specific programming language, such as Swift or Objective-C, or Java and Kotlin for iOS and Android operating systems respectively. Most of these apps are developed for a specific operating system, like iOS or Android, although some use cross-platform technologies, allowing them to work across different OS.

These apps can be installed directly onto these particular devices, and app users can typically download them from places like the Apple App Store and the Google Play store. Choosing the app store that best fits your digital product and your target audience is a key success factor for your app. However, keep in mind that there isn’t a single factor that determines the relative app store quality for your project. Ultimately, mobile apps live on user’s devices, and this is sometimes an even more important factor.

The fact that native app development is thought for specific platforms results in fast performance and a high degree of reliability, although this ultimately depends on the device hardware being used.  A powerful device will deliver a seamless User Experience, whilst a not-so-good one may lack the necessary power to run a native app correctly if it is too heavy.

Apps native to a device are able to access certain device-specific features, something a web app cannot do. Some of these features include, for example, accessing a smartphone’s camera function, its address book, and the use of push notifications. Some native apps even enable users to use the app without the Internet.

What Is a Web App?

Web apps are the second element of the mobile app vs web app debate. They are designed to be fully functional and accessible on whatever device a user chooses to use because they run on a browser. Desktop or mobile browser, web apps tend to operate equally well. In other words, when it comes to web apps’ compatibility, you can be sure that they will run easily on any device if they use the correct code base and web technologies.

Unlike mobile apps, web apps do not need to be downloaded, so users can access them through their browsers. In many cases, web apps will fall short in terms of User Experience when compared to a native one.

To add up everything mentioned above, native mobile apps are built for specific device capabilities and run on devices such as smartphones and tablets. Web apps are accessible via web browsers and will adapt to whichever device the user has. Unlike native mobile apps, web apps are not native to any particular system or device, and therefore do not need to be downloaded or installed.

The best thing about web apps is that they are responsive enough to the devices that they are being used on, so much that at times they can function as a mobile app.

A difference between these two types of apps is that web apps require an active Internet connection in order to function, whereas mobile apps can often function while offline.

Mobile apps tend to be faster and more efficient than web apps, but in order to maintain optimum functionality, users must regularly download updates, whereas web apps update themselves.

The Advantages and Disadvantages of Mobile and Web Apps

Now that we have established an understanding of the differences between mobile apps and web apps, let’s take a look at the advantages and disadvantages of each.

You should now have a fundamental understanding of the differences between a native alternative for mobile and web. Although you should consider the cost-effectiveness of your app project in relation to your goals, you should always consider which of the two technologies discussed best suits your target audience.

Like a native one, both a mobile website and web app also have to face challenges in order to engage users. Developing apps can be overwhelming at times. FinTech Trends During the Pandemic 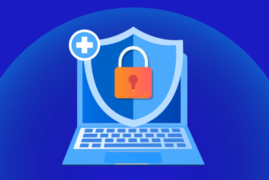 The Move Toward Digital Banking: How to improve the Transition ...