In 1946, the University of Pennsylvania in the United States successfully developed the world’s first electronic computer, which provided humans with tools that could enhance and partially replace mental labor, laying the foundation for the evolution of human society into the information age. In 1952, the Massachusetts Institute of Technology applied computer technology to a vertical milling machine, and successfully developed the world’s first CNC milling machine, and the world entered the CNC era.

On the whole, the manufacturing model of China’s equipment manufacturing industry lags behind developed regions such as the “Yangtze River Delta”, “Pearl River Delta”, Beijing-Tianjin, and Chengdu-Chongqing. It is still in the stage of large-scale production, that is, the rigid production stage, which is truly flexible. Production has not yet arrived. With the upgrading of consumption structure, new changes in personalized, customized, and time-sensitive market demand will force our industry to upgrade, and flexible production and flexible manufacturing that meet “diversified, small-scale, and controllable cycles” will become enterprises. The key to future survival and victory. This article intends to analyze the principles, modes, and trends of CNC machining and flexible manufacturing, hoping to provide a valuable reference for the transformation and upgrading of China’s equipment manufacturing industry

2. The status quo and analysis of foreign development

In 1948, entrusted by the U.S. Air Force, the U.S. Parsons Corporation (Parsons) developed an aircraft propeller blade profile prototype processing equipment. Due to the complex shape and high precision of the model, the idea of ​​using a computer to control the machine tool was proposed. In 1949, the Massachusetts Institute of Technology was commissioned by the US Air Force to combine the Cincinnati milling machine with the Parsons concept to cooperate with it to research numerical control systems. In 1952, a large-scale vertical profiling milling machine was successfully converted into a three-axis CNC milling machine, also known as the first generation of CNC machine tools.

In 1959, marked by the successful research and development of “Machining Center” by Carne-Treck of the United States, CNC machine tools developed to the second generation. This is a numerical control machine tool with automatic tool changer that uses transistor elements and a printed circuit board numerical control device, which can realize multi-process processing of workpieces at one time. The tool magazine is equipped with tools such as taps, drills, reamers, milling cutters, etc. The tools can be automatically selected according to instructions, and the tools can be replaced by a manipulator, which shortens the time for parts loading and unloading and tool replacement. Machining centers include not only vertical and horizontal boring and milling processing for box parts, but also turning centers and grinding centers that can be used for turning integral parts.

2. Numerical control system. Since the application of computer technology to machine tools, the CNC system has gone through two stages and six generations of development.

The first stage, the numerical control (NC) stage (1952-1970). Due to the low computing speed and large structure of early computers, they had little impact on scientific calculation and data processing at that time, but they did not meet the requirements of real-time control of machine tools. People have to use digital logic circuits to “build” a machine tool dedicated computer as a numerical control system, which is called hardware-connected numerical control, or numerical control (NC) for short. With the development of components, this stage has gone through three generations, namely: 1952, the first generation-electronic tubes; 1959, the second generation-transistors; in 1965, the third generation-small-scale integrated circuits.

Flexible Manufacturing System (FMS). Two years after the emergence of the third-generation integrated circuit numerical control device, in 1967, the British Molins Company first proposed the basic concept of FMS. With the passage of time, FMS has developed greatly in terms of technology and quantity. In the practical stage, FMS composed of 3-5 devices is the most, but there are also larger-scale systems that have been put into use.

Flexible automatic production line (FML). In 1967, the White Sunstrand Company of the United States built the Omniline I system, which consists of eight machining centers and two multi-axis drilling machines. The workpieces are mounted in the fixtures on the pallet, and they are in a fixed sequence in a certain cycle between the machine tools. Transport and process. This kind of flexible automation equipment is suitable for use in small variety and mass production, and is similar in form to traditional automatic production lines, so it is also called flexible automatic production line. In 1982, Japan’s FANUC (FANUC) built an automated motor processing workshop, which is composed of 60 flexible manufacturing units (including 50 industrial robots) and a three-dimensional warehouse. There are also two automatic guided trolleys to transfer blanks and workpieces. There is an unmanned motor assembly workshop, which can operate continuously for 24 hours.

At present, developed countries such as the United States, Europe and Japan have taken the lead in completing the industrial upgrading of CNC machine tools and have an advantage in the high-end field. As the software of numerical control processing, the numerical control system is bound to continue to progress with the development of information technology. The world’s machine tool industry has entered the era of “mechanical and electrical intelligence” integration with digital and intelligent manufacturing technology as the core. 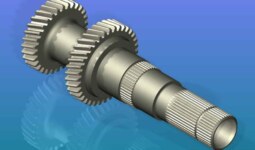 Do you know the advantages and disadvantages of these resin ... 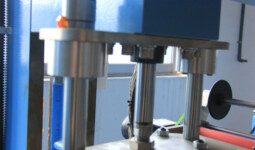 Causes of shape defects of stamping parts and debugging methods

The principle of notch layout in stamping process