The Classification Of CNC Machine Tools

There are many classification methods for CNC machine tools, which can be roughly classified according to the type of machine tool structure, control method, china cnc machining movement method, and machine tool processing method.

3. The Classification By Machining Motion

Previous article How To Control Vibration During Cutting During CNC Machining? How To Control Vibration During Cutting During CNC Machining? 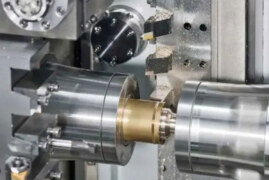 The Most Complete CNC Machining Experience, Explained Step By Step ...